"Nearly forty years ago, when I decided to cease being a graphic designer and focus only on ceramic art, I was astounded by what that commitment brought me. I enjoyed a successful career as a sculptor, but I detoured into painting enough to realize I needed to choose and commit once again. I've chosen to paint, and again I am surprised at what a single focus can yield.

In my first decade as a painter my aim was to draw the interest of the viewer with appealing imagery which invited, through metaphor, considerations of the individual, family, society and the natural world. It was an opportunity to explore issues as elusive as personal challenges or global issues, or to simply try to capture a piece of beauty that touched me. My art reflected my life.

After 30 years of making figurative sculpture, 10 years of painting figurative subjects and one year of posting Daily Drawings on social media, I am now exploring colorful abstract oil paintings with seemingly unrelated figurative elements that develop into unexpected narratives. These paintings begin with an abstract, free-form application of acrylic color, then the figurative artist in me re-emerges to tease out people and animals, landscapes and odd shapes which have nothing to do with each other until... they do. Now my art reflects my inner life and perhaps invites the viewer to reflect on theirs.

In letting go of pictorial logic and pre-meditated metaphor I have found freedom in composition, boldness in color choices and magic in following the random line. I let the colors, shapes and brush marks lead the way and use oil paint and oil sticks to complete the paintings." 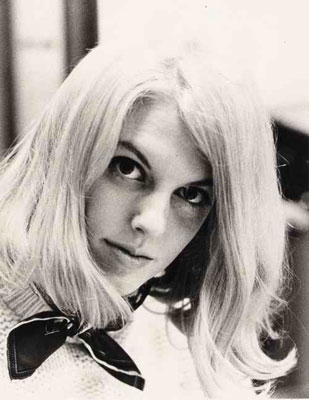 I was the last of four girls in the Baumgartner family and was allowed freer reign than my older sisters with ample opportunities to run with my creativity. I avidly participated in Special Art and Creative Writing classes which were then available in Portland's elementary schools and my interest in ceramics began with several years of classes at The Junior Museum. In high school I branded myself as an Artist, editing my high School year book and excelling in anything art. At Washington University in St. Louis I earned a BFA, choosing to major in graphic design "to be able to make a living". 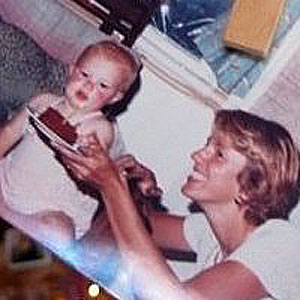 Back in Portland I joined Milpacher Designs which led to a stint in Teheran, Iran, developing graphics for Kish Island Resort. When I returned to the States I became involved with the branding and marketing of Stash Tea Co. and consequently married Stash's entrepreneur Steve Lee. Our daughter Rachel was born in 1976. When Rachel was ready for pre-school I rediscovered my love of ceramics and sculpture at Portland State University. Excited to focus on a ceramics career I set up my own studio in our enclosed carport and became active in the Oregon Potters Association.

In 1985 my life took a major turn when I co-taught a Creative Arts Community ceramics workshop with Dennis Meiners who four years later became my life partner. With dreams of a studio large enough for separate work spaces, and for a "green" ceramics workshop center worthy of national recognition, we bought four acres in southern Oregon's Applegate Valley. In 1992 with the help of many friends, we began making what would eventually amount to 6,000 adobe bricks and building a large studio. 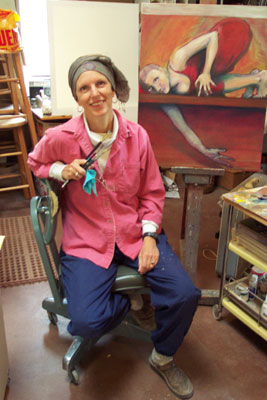 Dennis and I sold our home in Portland and moved into our semi-finished studio where we lived and worked for six years. We alternated between ceramic work and finishing the adobe building dubbed our "biggest clay project ever". Recognizing the superior energy efficiency of straw-bale construction and physically spent from the hard labor of building with adobe we opted to build our home with bales and adobe plaster. Construction was slowed by my run-in with ovarian cancer in 2002 but the down-time allowed me to discover my preference for painting metaphors reflecting the human condition over ceramics. 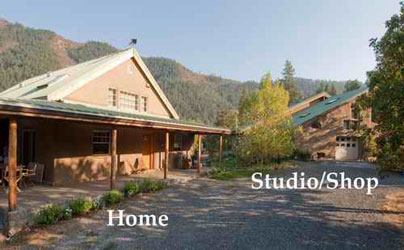 When we moved out of our studio and into our home Dennis and I named our property and business "Hummingbird" and turned our extra rooms into a B&B to augment art sales. We also embarked on our Summer Workshop program, teaching ceramics and inviting prominent clay artists and painters to teach in our studios each summer for six years. The experience was exhilarating and exhausting. 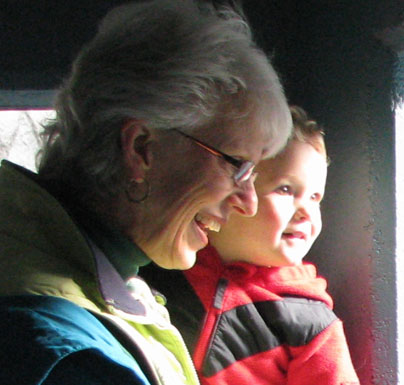 Full Circle: Back to Portland

Upon becoming grandparents Dennis and I reassessed living in the country and decided to move back to Portland to be closer to family and our art market. For four years we self-marketed our unusual property (video tour) on the internet. Though it seemed interminable, the delay in selling did allow Dennis and me time to enjoy what we had created in the Applegate and gave me time to establish myself as a painter and to study with Ashland artist Gabriel Lipper. I concluded 2011 with a one woman show of paintings at Stonehenge Studios in Portland.

Our property eventually sold to an adventurous family who had been working in Uganda for five years and wanted to return to the States - a "win-win" for all concerned. Dennis and I immediately found a home in SW Portland with some character and enough room for small painting and ceramics studios. We are currently in the throes of downsizing, "greening" our home and reinventing our work spaces as Meiners & Lee Studios.

You will find updates to our story in our News & Notes Blog.