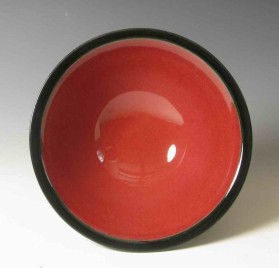 Slowly, slowly our studios are coming together in the lower level of our Portland home.  The big delay has been due to installing in-floor radiant heat to replace the baseboard heaters in the house.  Doing that meant having access to every bit of the ceiling downstairs so there wasn’t much point in unpacking our studio boxes and then moving everything around.  Now, finally, the ceiling work is finished and the studio set-up has begun.  Whew!

We kept ourselves sane during this delay by taking classes at Portland Community College.  The Rock Creek campus has a fantastic art department, and when Dennis was invited to teach ceramics there winter term I joined his commute and took Mark Andres‘ painting class that was scheduled for the same time. We enjoyed our campus time so much we both signed up for spring term classes; drawing with Mark for me and Richey Bellinger‘s  ceramic materials class for Dennis.  Both were eye-openers!  Dennis has been increasingly concerned  about the contribution of fuel-fired kilns to climate change which has led  to a decision not to build another gas kiln and  to learn to fire electric instead – thus the title of this post.

Firing with electricity means there is no opportunity to reduce the metallic  oxides in the clay and glazes, which is a standard practice when firing with a fuel such as gas or wood.  The copper reds that have been such a big part of Dennis’ palette for the last 30 years will probably not be possible with the oxidation atmosphere of an electric kiln.  This means exploring a whole new box of crayons, and although Dennis feels some sense of loss, he  is also excited to get going. He did, however, fire four copper red bowls at PCC during his class as a sort of farewell fling.  If you want to get one of them go to  http://meinersandlee.com/ML2/dennis-meiners/shop/bowls.